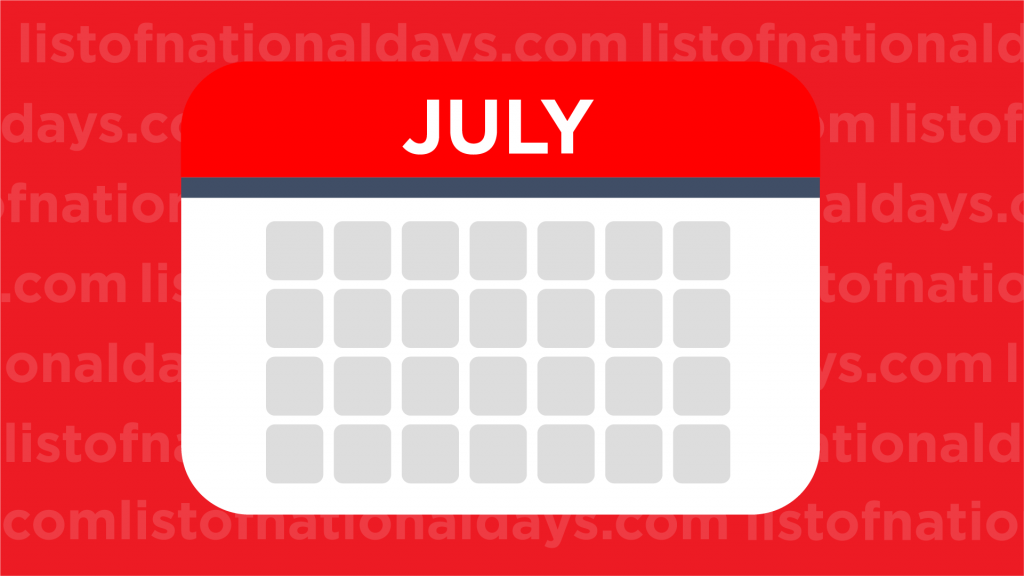 There are 161 July National Days to celebrate during the year’s seventh month. In the northern hemisphere, July is the second month of summer. July is named after Julius Caeser.
List of July National Days
Month Long Celebrations and Observances in July
More National Days in July