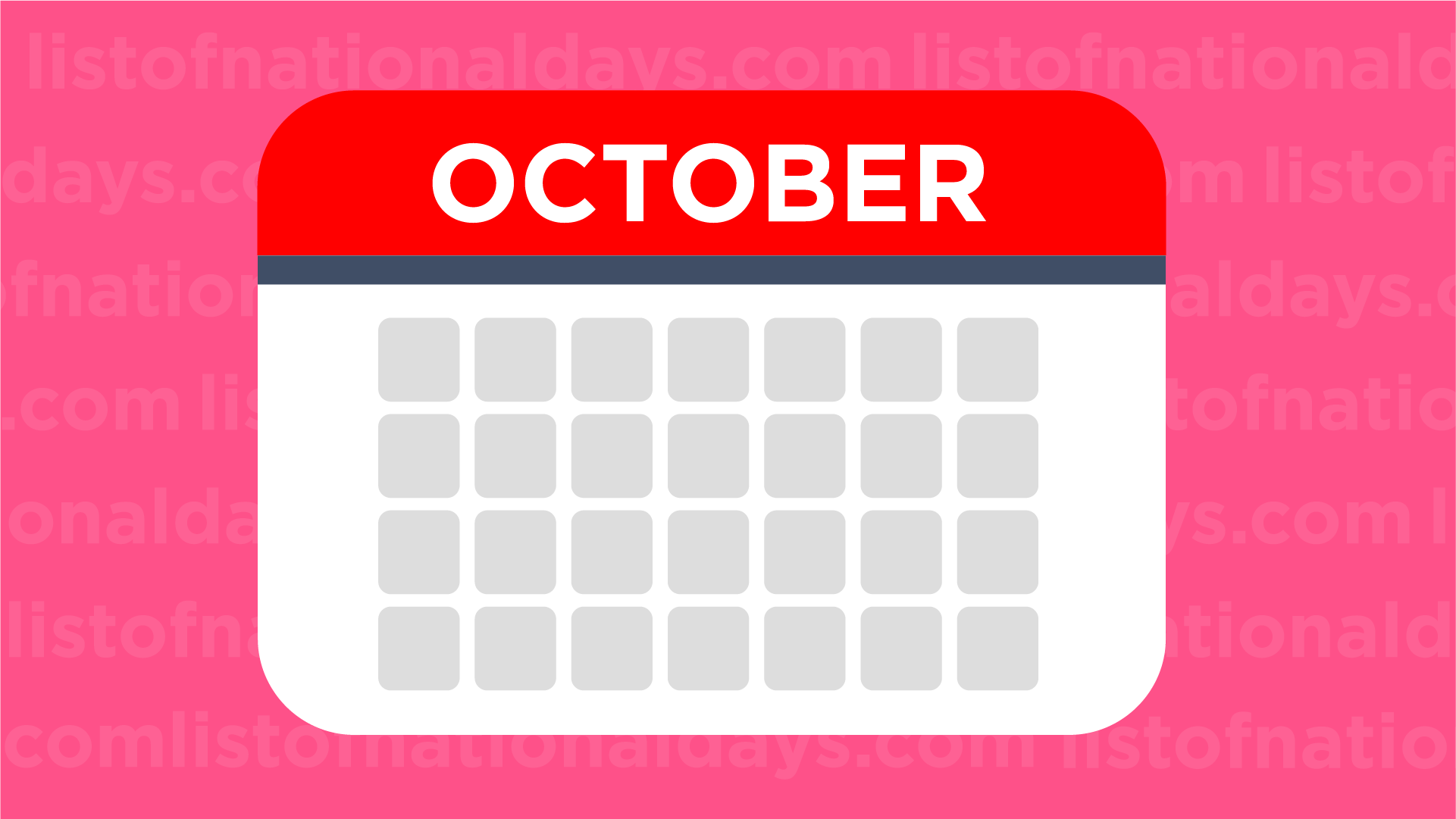 There are 177 October National Days to celebrate during the year’s tenth month. In the northern hemisphere, October is the first month of Fall. October is named after the latin word for “eighth” – octo