THE HISTORY OF TV DINNERS

THE HISTORY OF TV DINNERS 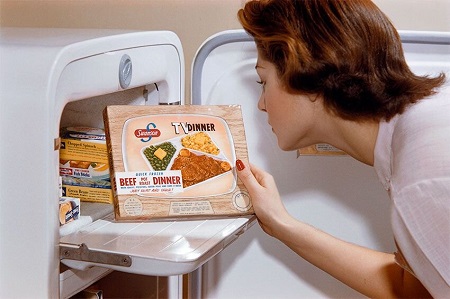 General
The Delicious History of the TV Dinner
09 | 01 | 2021
When TV dinners debuted in 1954, they had a bit of an identity crisis. It seemed the public either viewed the meals as modern miracles that perfectly complemented the new-fangled novelty of affordable home television sets or the harbinger of society’s downfall that put families on trays in the living room instead of around the family dinner table with a home-cooked meal.
While the jury may still be out on that one, convenience meals (not often called TV dinners these days) continue to be popular, supplying quick and easy lunches for the working masses or meals made in minutes for families between evening activities. Here’s a look back at how the trend started nearly 70 years ago.

Precursors to the TV Dinner 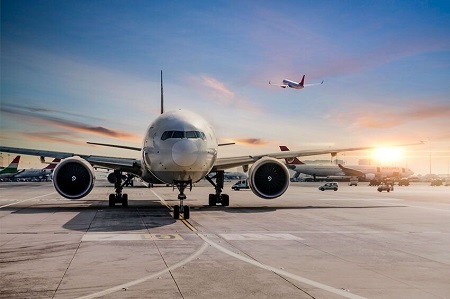 Frozen food did exist before the TV dinner — but it wasn’t pleasant. The freezing process made most food flavorless, and the textures were lacking, at best. Consumers were unimpressed, and the sales numbers showed it.
A couple of food inventions got close to the idea of what would eventually become the TV dinner but didn’t quite hit the mark. First, in 1945, Maxson Food Systems developed meals called “Strato-Plates” meant to serve diners in aircrafts, both military and civilian. The meals consisted of three components — meat, vegetables, and potatoes — served in individual compartments in a tray. But the product fizzled when the company’s founder died, and Maxson Food Systems never quite landed.
In 1947, inventor Jack Fisher got even closer with his “Fridgi-Dinners” product — food frozen in aluminum trays to be reheated later. But his target audience wasn’t the home cook, as TV dinners would later be. Fridgi-Dinners were sold primarily to bars so they could serve hot meals to patrons without the burden of hiring full kitchen staff. 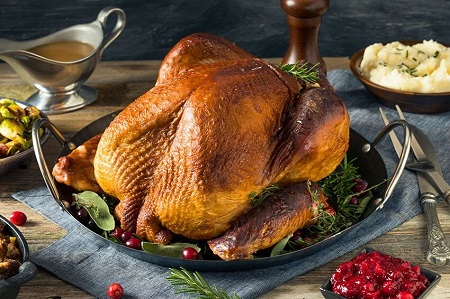 The TV dinner we traditionally think of began to take shape around six years after the Fridgi-Dinner. The story touted by Swanson is that in 1953, salesman Gerry Thomas was faced with the conundrum of how to repurpose roughly 260 tons of turkey leftover from Thanksgiving. The turkey was safe as long as it remained on the refrigerated train cars that housed them, so until Thomas came up with a plan, the turkeys were shipped back and forth between the East Coast and Swanson’s headquarters in Omaha, Nebraska.
It’s unclear how many times the turkeys took the scenic route until a lightbulb went off for Thomas: He would take the leftover turkeys and stick them in an aluminum tray with holiday sides such as stuffing and sweet potatoes. After Swanson’s bacteriologist Betty Cronin conducted research and studies on how to make the process from frozen to reheated food-safe, the classic combo began to sell as an easy-to-reheat meal to consumers. Each meal cost 98 cents and promised to have dinner on the table in 25 minutes.
The tale has been disputed over the years — not that Swanson was responsible, but who within the company first had the idea. Another version credits Swanson brothers Gilbert and Clarke as the originators. Whatever the case may be, it was a turning point for households everywhere. By 1954, Swanson had sold more than 10 million TV dinners, with Banquet Foods and Morton Frozen Foods hot on their trail.

We also have Swanson salesman Gerry Thomas to thank for the surprisingly prescient term “TV dinner,” although that claim, too, has been disputed. During the 1950s, women were entering the post-war workforce and weren’t able to spend hours preparing a hot meal. With women in the workplace, Swanson knew they had to make the meals appealing to men as well as women. In 1955, they launched a commercial targeted specifically at the busy working man:
“You take me. I can be early, I can be late, I can bring pals to dinner anytime I please and – get this – my wife never panics! She just takes Swanson TV turkey dinners from the freezing compartment of our refrigerator when I am a little off schedule.”
It worked, and the term “TV dinner” quickly caught on as household televisions became more prevalent. By 1955, shortly after Swanson’s first foray into convenience food, nearly 65% of households had television sets.


Of course, it didn’t take long for companies to branch out from turkey, Salisbury steak, and pot roast. A few of the more memorable attempts include:

Since its inception more than half a century ago, the TV dinner has continued to evolve with the times. The advent of the microwave in the mid-1980s sliced the time to heat a frozen meal to just minutes, and in recent years, major restaurant chains like PF Chang’s, TGI Fridays, and White Castle have created frozen versions of their most-loved dishes for supermarket shelves.