The stroke play rounds will play just as they did previous tournaments.
* You will have 1 week to Post Score once round begins
* First 18 round completed in the week for that course.
* Not a Country Club tournament, Not a WGT Tournament. This will be an 18 hole ranked game solo or with others.
* Score will not count until verified (looking at players score History)after posting score in thread.
* Failure to post your score in thread may result in no score for round

64 player match play rounds (pc players only as match play unavailable to mobile players)
* Top score for each tier in Stroke play Tournament get automatic advance to elimination round(this includes all ties....IE 3 champions tie for lowest score all 3 will advance to elimination round)
* Remaining spots will be randomly picked from a hat
* The 64 advancing players will then have name randomly placed for position in bracket
* Each round of elimination to take no more than 2 weeks
* Each round will begin after previous round has been completed
* All games to be played until a winner is declared (game can not end in a tie)
* Match score to be posted in elimination thread by either player or both
* It will be up to the players to arrange and play match as soon as possible
* Failure to complete round will result in a coin toss as to who advances (or a bye to next round opponent)
* Any withdraw from tournament will result in a bye for your opponent (except round of 64 where a new player will be chosen at random from the remaining stroke play players not previously chosen.

This will be open to all WGT players (PC only for match play), and quite possible run for 15weeks (start to finish August 1st up to November 13th) 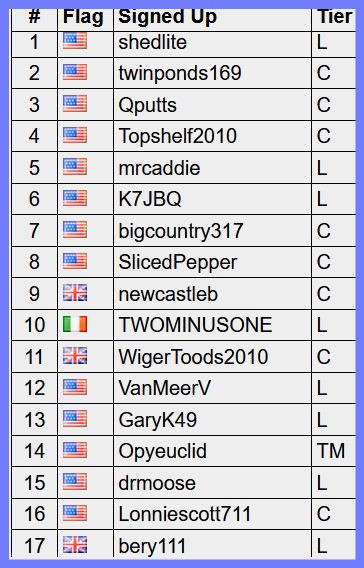 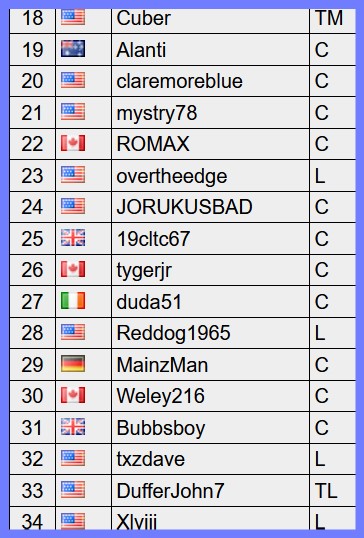 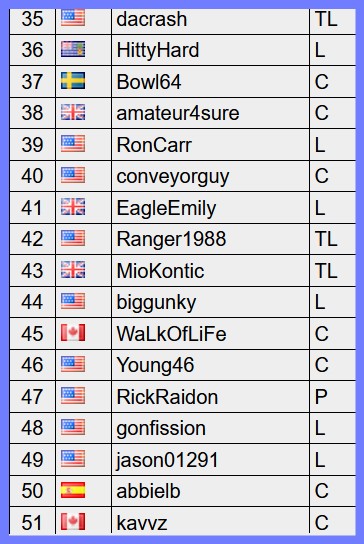 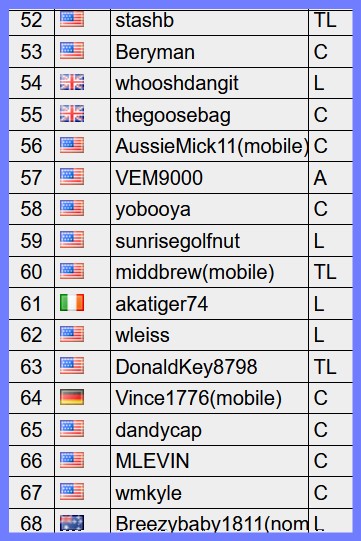 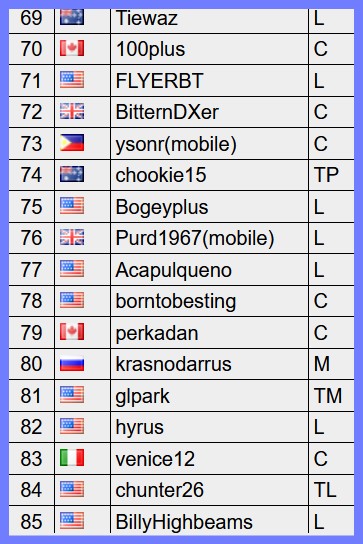 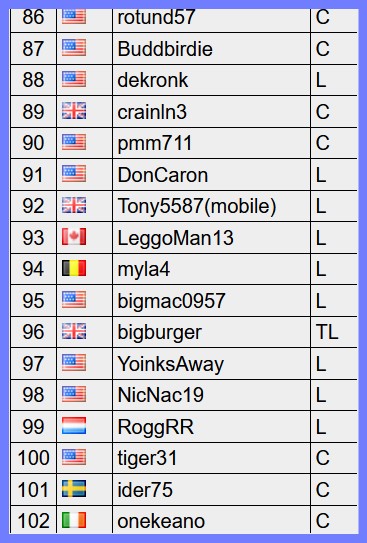 Page 1 of 1
Permissions in this forum:
You cannot reply to topics in this forum
Search
92 CONTENT FILLED FORUMS
GUESTS & VISITORS . THERE ARE 92 FORUMS ON THIS MAIN PAGE . PLEASE SCROLL DOWN AND SEE IF ANYTHING INTERESTS YOU . MAYBE NOT . MAYBE SO . THANK YOU FOR STOPPING BY .
POST BLITZ SCORES HERE
CLICK HERE FOR A QUICK LINK TO 2018 BLITZ SCORES
Latest topics
» ANIMAL GIFS & PICS

» THIS TIME THE TREE HIT BACK

» SEE WHAT YOU'RE MISSING

» HATE IT WHEN THAT HAPPENS gifs