How 5 Legendary Bands Got Their Names

How 5 Legendary Bands Got Their Names

Musicians seem to come up with the wildest ideas for songs and lyrics, so why would their band names be any different? Some bands just use their location as inspiration — like Chicago, Boston, and Kansas — while others seem to pick random syllables out of a hat, like Foghat or Chumbawumba. Every band name has a story. Here's how five classic rock acts got theirs. 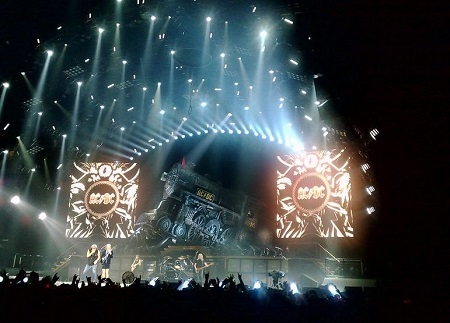 AC/DC is one of the biggest rock bands of all time and has one of the most unique and memorable names in the music industry. The Australian band was formed in 1973 by guitarist Malcom Young, who recruited his younger brother Angus to play lead guitar and his older brother George to be their producer. The original singer for the band was Dave Evans, who was unreliable and often refused to go on stage. He was quickly replaced by the band’s chauffeur, of all people. His name was Bon Scott. Together, they climbed the ladder of show business to become one of the all-time greatest rock bands in history.
With such an incredible story, their name should have a similar background, right? Well, there's some debate as to where the name came from. The conservative, anti-rock crowd thought that the name stood for Anti-Christ/Devil Child, After Christ Devil Comes, or some combination of terrible Satan-worshipping subjects. When asked about it, though, the band members simply said they saw the combination of letters on the back of a sewing machine in reference to electrical currents. They chose the name because it described their “electrifying” stage presence. 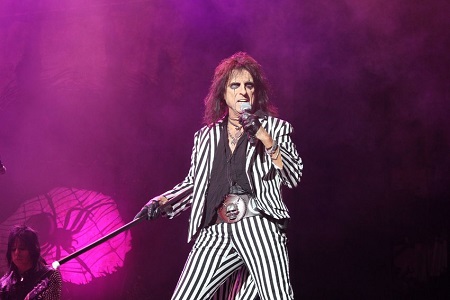 Alice Cooper is famous for his dark eye makeup and a snake coiled around his shoulders, but many people might not know that the name Alice Cooper was initially the name of a band, not one person.
In 1968, a band called The Nazz, featuring lead singer Vincent Damon Furnier, moved to Los Angeles in search of rock-and-roll fame. They quickly learned that popular rock star Todd Rundgren also had a band called The Nazz. Of course, they couldn’t have the same name as another band, so they went in search of a new one.
They played with a dark and scary sound and needed a name that would work well with that image. Initial press releases claimed that the name Alice Cooper was chosen because a Ouija board said that Furnier was the reincarnation of a 17th-century witch named Alice Cooper. Later interviews revealed that he just liked the name because it reminded him of a sweet old lady or a young girl — someone you wouldn’t expect to play hard rock. Either way, the name stuck, and when Furnier went solo, he kept the band’s name for himself. 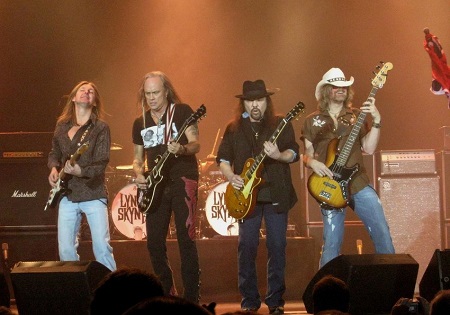 The origins of the name Lynyrd Skynyrd begin with a classic feud between wannabe rock stars and a strait-laced gym teacher. In the late 1960s at Robert E. Lee High School in Jacksonville, Florida, a group of young boys were sent to the principal’s office because their hair was too long. They were suspended until they got haircuts.
Years later, the boys formed a band. They never forgot that incident and decided to use the name of the gym teacher that sent them to the office, Leonard Skinner, for inspiration. To add some Southern twang, they changed all the vowels to Ys and added a “D” at the end, and Lynyrd Skynyrd was born. 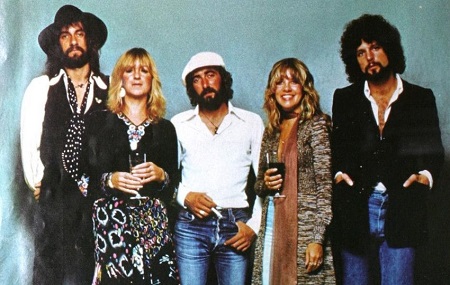 The lead singer and the lead guitarist are the two most high-profile positions of any rock band. Just look at other bands named after the lead singer or guitarist: Dave Matthews Band, Van Halen, Steve Miller Band, Jimi Hendrix Experience — and the list goes on. Fleetwood Mac followed in that tradition, but they did things a little differently.
While the lead singer and guitarist might be the most popular, the bassist and drummer are typically the most reliable, at least as far as keeping the beat goes. During a recording session, the band's guitarist at the time, Peter Green, suggested they name the band Fleetwood Mac, after drummer Mick Fleetwood and bassist John McVie. He knew that they would stick with the band the longest, so he gave it their names. 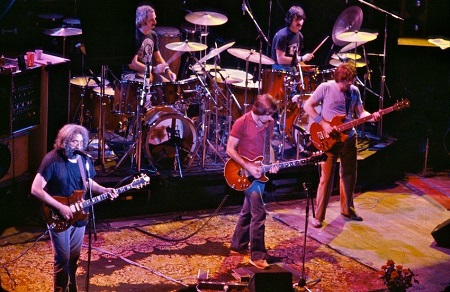 What’s the best way to discover new words? Read a dictionary! That’s exactly what Grateful Dead founder Jerry Garcia did. Prior to 1965, the Grateful Dead members had toured under the name the Warlocks, but when they realized that another group was using the same name, they had to change theirs.
Trying to get over a mental block one stormy night, the band sat together discussing new names. None of them seemed to be good enough, so after a few hours of talking, a frustrated Jerry Garcia stood up and walked over to a bookcase. He grabbed the largest book he could find, which happened to be a dictionary, and started leafing through it for inspiration. He came across the phrase “The Grateful Dead,” which is a term used in folktales to describe a spirit who provides assistance to the person responsible for burying their body. The other members liked it so much that they adopted it as their name.

Similar topics
» HOW THE STATES GOT THEIR NAMES