THE WEEK THAT WAS BULLETIN No3

Welcome to the 3rd VOTSCC weekly bulletin. Thanks again for your responses through the week and also your ideas and requests. Long may it continue folks.


This week saw WGT start Turf Wars, a new feature for mobile users. Basically it looks like they are trying to base it on a CC Clash for mobile, but to be honest, if anyone knows or thinks they know what its all about, well you should be working for NASA.


This week also saw another twist in the ongoing drama that is affecting one of our own. Kotyskellys account was again frozen. Don't know all the politics surrounding this, but all I and the rest of the club I'm sure would like to say is, come on the powers that be. Just let the girl play and enjoy. She aint doing no one any harm.


JCM51s HIO at St.Andys tournament, the one that runs along with this bulletin was won by Dscholm5, although Jtcooki shot the same score so I'm calling that a tie. Lol. Well done to both of you and to the 18 others that took part.


INS AND OUTS-- Another week of no outs but even better, we had 4 ins. Big welcome to Doveruk, DirtyDuffer, and 2 new ladies MelissaNJohnson and Ladyfromdallas. Hope you all have fun playing in the sun.


ACHIEVEMENTS-- Quiet week for this category. No one tiered up or hit a landmark in club points. Get a move on people. Lol.


ROUND OF THE WEEK-- Got to give this to CoryGRobinson who shot a 10 under 25 at Chambers Bay, 7 shots ahead of the nearest contender at the time of writing this. Superb.

MEMBER V MEMBER-- Pdb1 and a other defeated Ladyfromdallas and a other in a 9 hole alternate shot match. 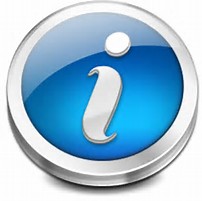 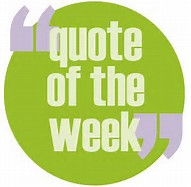 
JIMS JOKE OF THE WEEK.
I wonder what my parents did to fight boredom before the internet. Iasked my 17 brothers and sisters and they didn't know either.


AND ONE FOR THE LADIES.
Whats the difference between a knife and an argumentative man.
A knife has a point.


ON THIS DAY IN HISTORY.
1969. John Lennon and Yoko Ono marry in Gibraltar. 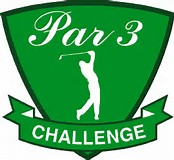 SPONSORED BY DONOTGOOGLEIT.COM.
1.RULES OF GOLF- True or false--10 degrees is the maximum allowable loft for a putter.
2.HISTORY OF GOLF-- Who was the first non American postwar winner of the US Masters.
3.WHO AM I--I was born in San Diego in 1953. I have 32 professional wins including 1 major. My brother Gary is a Billboard charting recording artist. 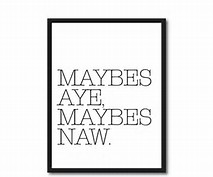 POLL-- Should CC clashes be every 4 weeks rather than every 2 weeks. Maybees Aye or Maybees
Naw.


Last weeks poll, If you are 3 shots under par on 1 hole you have just had an Albatross and not a Double Eagle ended in a split decision with even a few folks saying maybees aye and naw as their answer .Hopefully this poll we will get some clearer answers.


DufferJohn and Textor asked if we could pay tribute to a legend that sadly passed away this week. So heres a video of the great Chuck Berry in action.

REFRESHMENT OF THE WEEK.


Theres a queue at the bar this week, so anyone thats ordered a drink will need to wait a week or two because there is only one drink we should all have been drinking this week .Some of us will have had a Guinness on Friday celebrating St.Patricks day. A dry Irish stout, brewed in almost 50 countries and is available in over 120. It has been around for 258 years. So everyone, Top of the morning to y'all.


That's it for another week folks. Keep up the request for songs, drinks or any other ideas.They are all  appreciated. Will once again leave you in the capable hands of Hamish McTavish to tell you the name of this weeks tournament and its conditions.

Right you lot. This weeks tourney is called GENES' TOUCH OF GENIUS. It will be a no bad day and yies will be playin aff your default tees oan tay bog standard greens. So wit are yies waitin oan. Go, Beat it.

Page 1 of 1
Permissions in this forum:
You cannot reply to topics in this forum
Search
92 CONTENT FILLED FORUMS
GUESTS & VISITORS . THERE ARE 92 FORUMS ON THIS MAIN PAGE . PLEASE SCROLL DOWN AND SEE IF ANYTHING INTERESTS YOU . MAYBE NOT . MAYBE SO . THANK YOU FOR STOPPING BY .
POST BLITZ SCORES HERE
CLICK HERE FOR A QUICK LINK TO 2018 BLITZ SCORES
Latest topics
» PDB1 's LUCKY SHOTS

MOST INTERESTING MAN IN WGT

TAKE ME TO YOUR LEADER

Will Andyson finally Qualify for a Virtual US Open? He hasn't yet! And he's tried hard every year. For 6 years! With the course set easy this could be the year. But the cut is already at 56 and some think it will end up at 55! Andy's best to date is a 59. Acting on a WGT insider tip that Andy was having a hot round we sent our cameras out to …