I have recorded every Coin Game I have played in the last 3 years . And posted them here in this forum . Month by month .

TO SEE THEM ALL

So I had to decide between posting the scorecards , which you could barely see who the winner was . But could not read the opponents name . Or posting the match ups . Which doesn't show the winner . But you can clearly read the names .

I actually prefer the seeing the matchups . And seeing that in 1000 match ups . I only saw 1 player 2 times . That is from the time I started playing Coin Rooms and recording them . To the present . Which I estimate there are several hundred that I played before I decided to screen shot them .

Which I now have proof that what I have been saying about players that encounter a rude player . Then make a big deal about blocking him or her . Fearing that they will pop up again . Is dead wrong . The statistics and odds say that you are not likely to see that player ever again .

Also basing the 7000 plus multiplayer rounds I played in FLASH . Also never seeing the same player twice in 8 years .

When I confronted a rude coin game player . He completely apologized . Saying it was an isolated incident , just having an exceptionally bad day . I believed him .

So to make efforts to block a player that you will never run into in a match again . Is a completely wasted effort . And simply not necessary .

TIP : IF YOU ARE REALLY INTERESTED IN VIEWING THESE SCORECARDS . THE IMAGES ARE MUCH BIGGER & LEGIBLE ON YOUR PHONE . 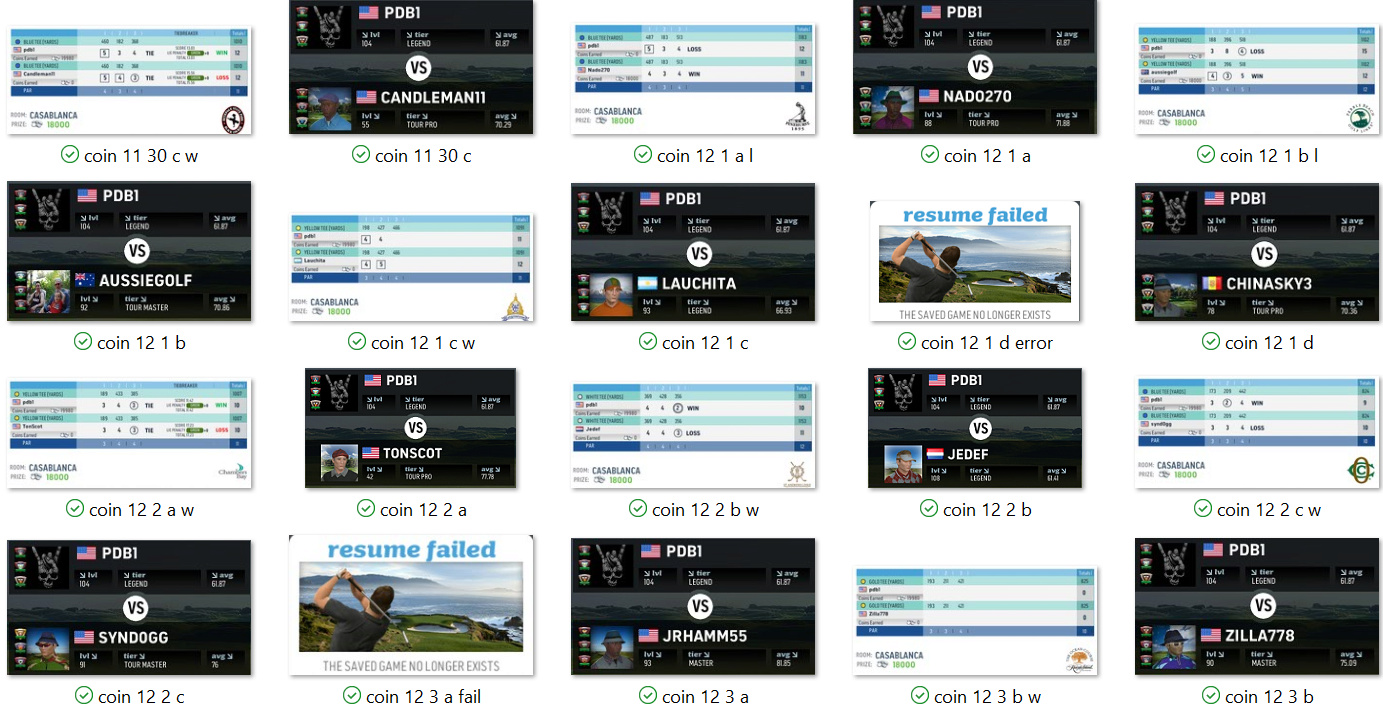 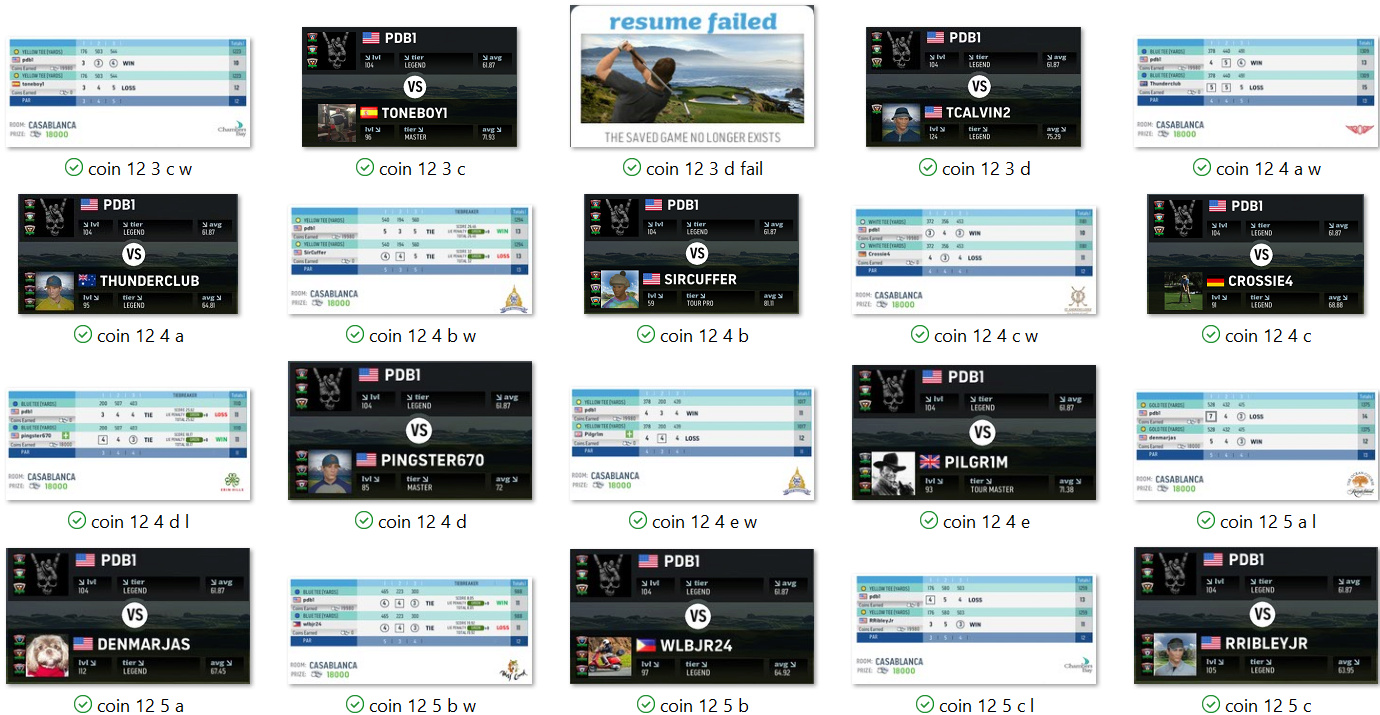 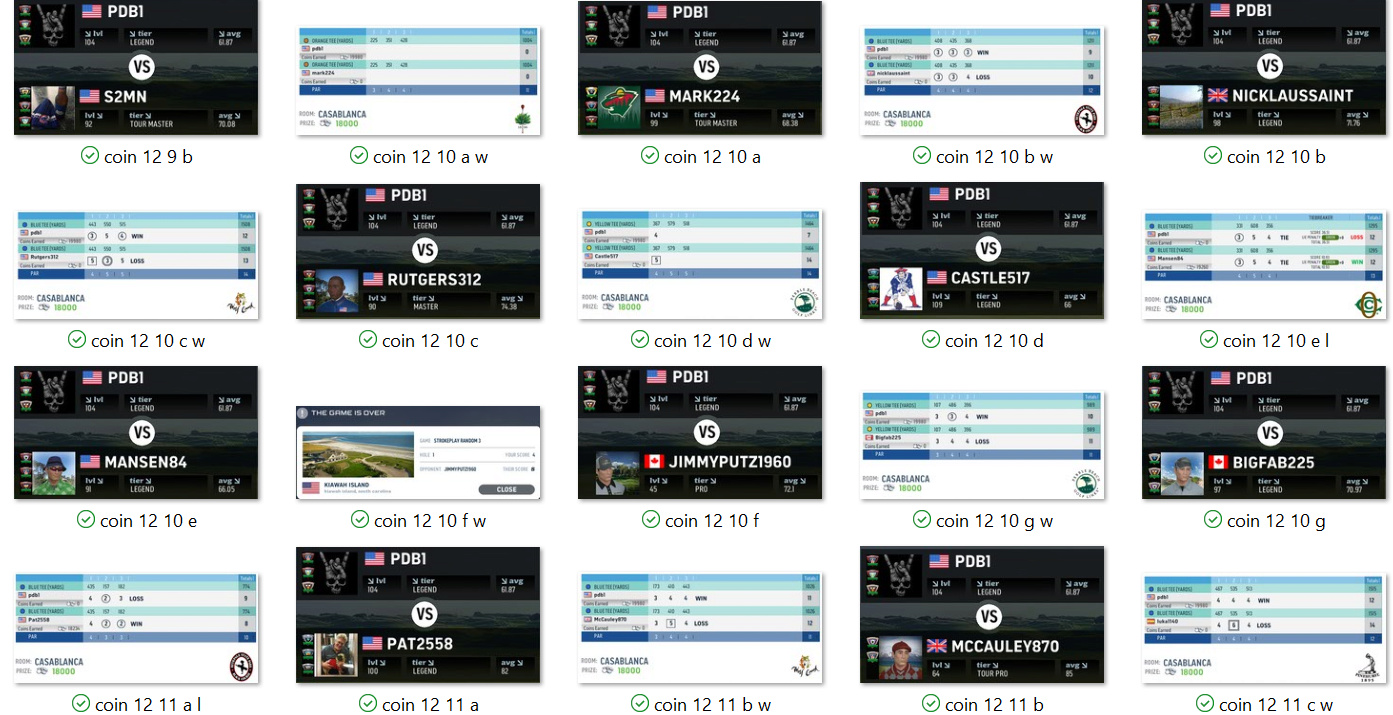 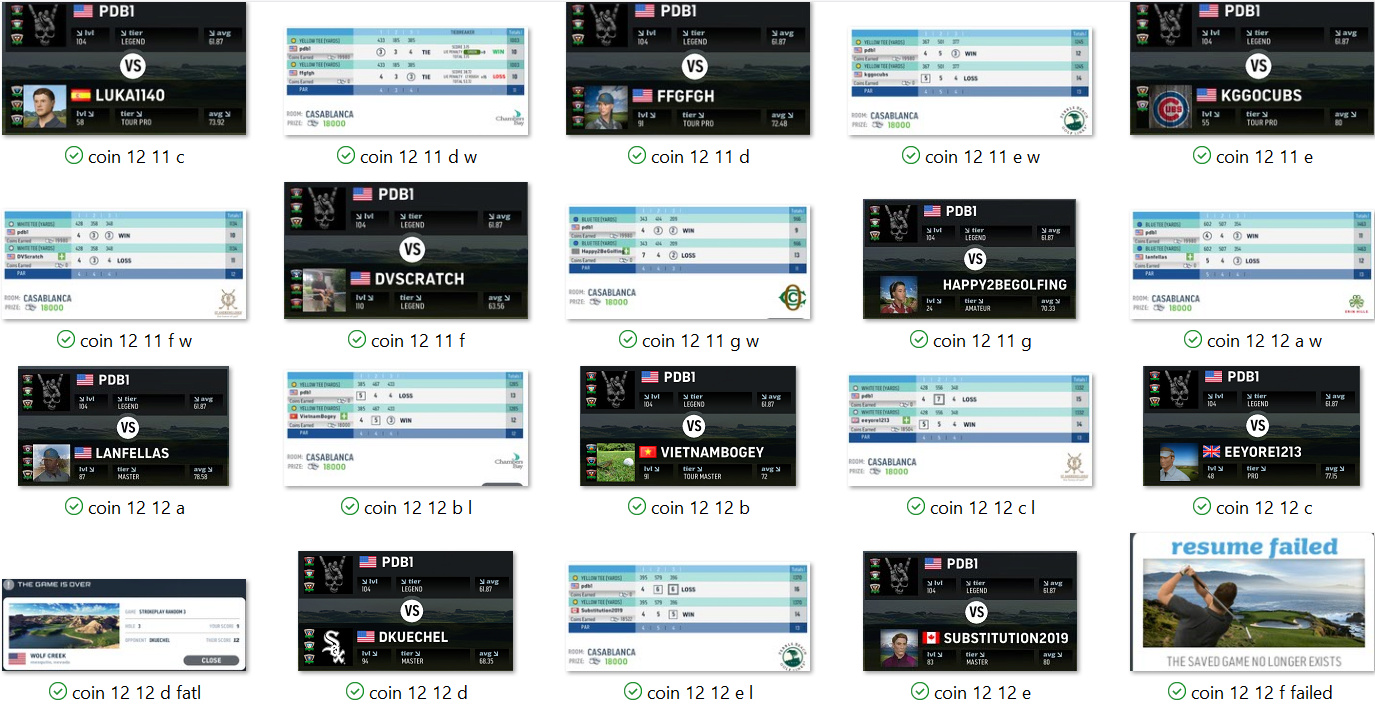 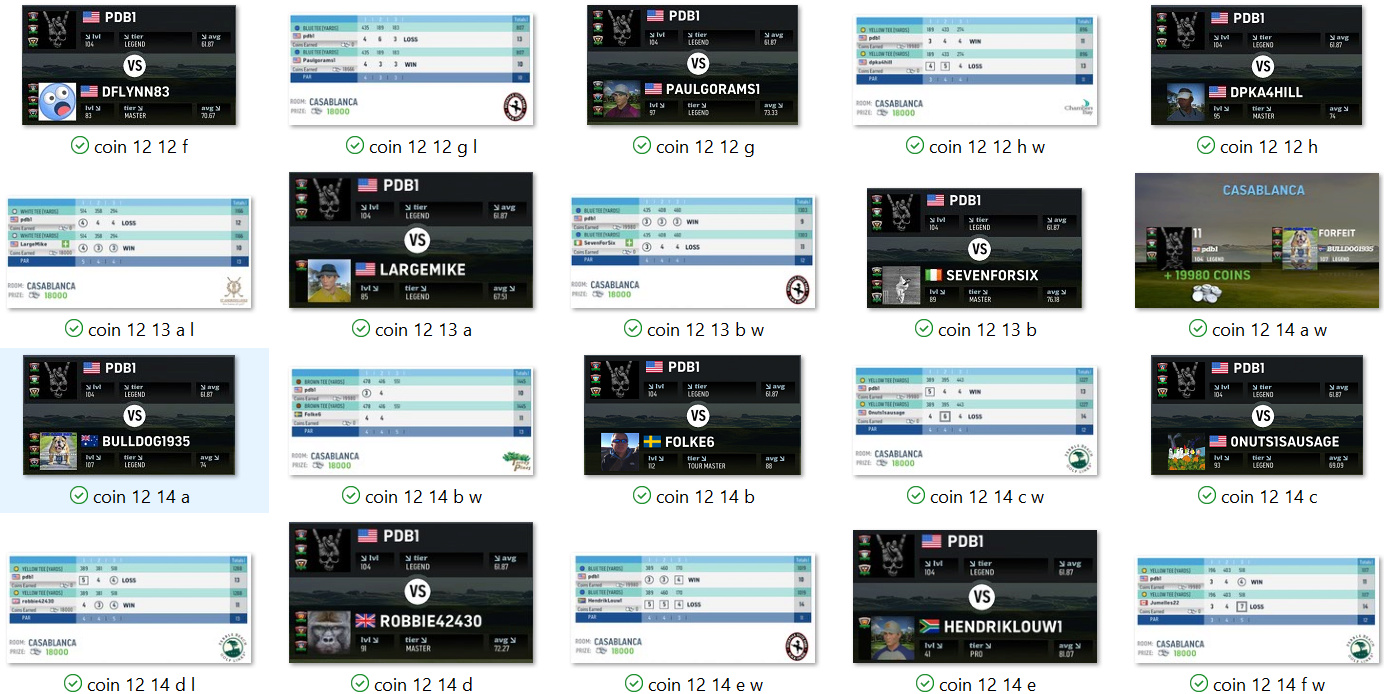 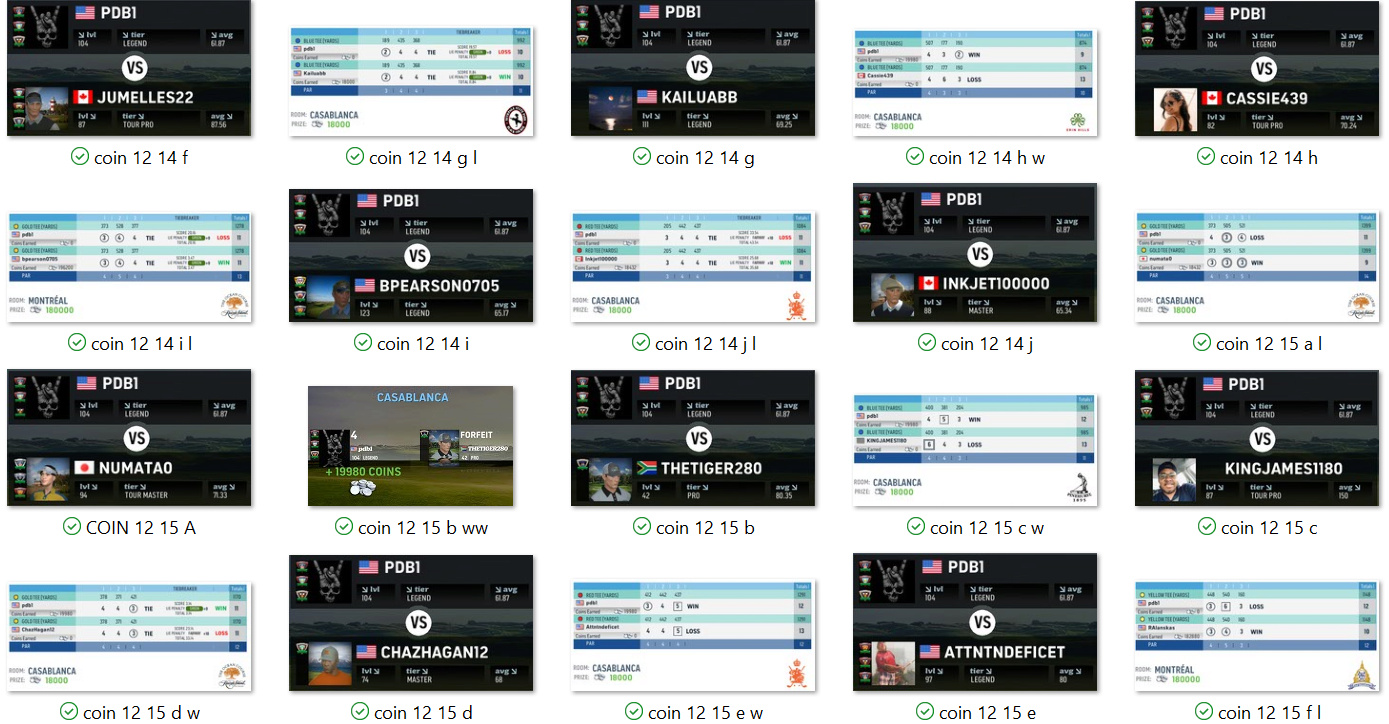 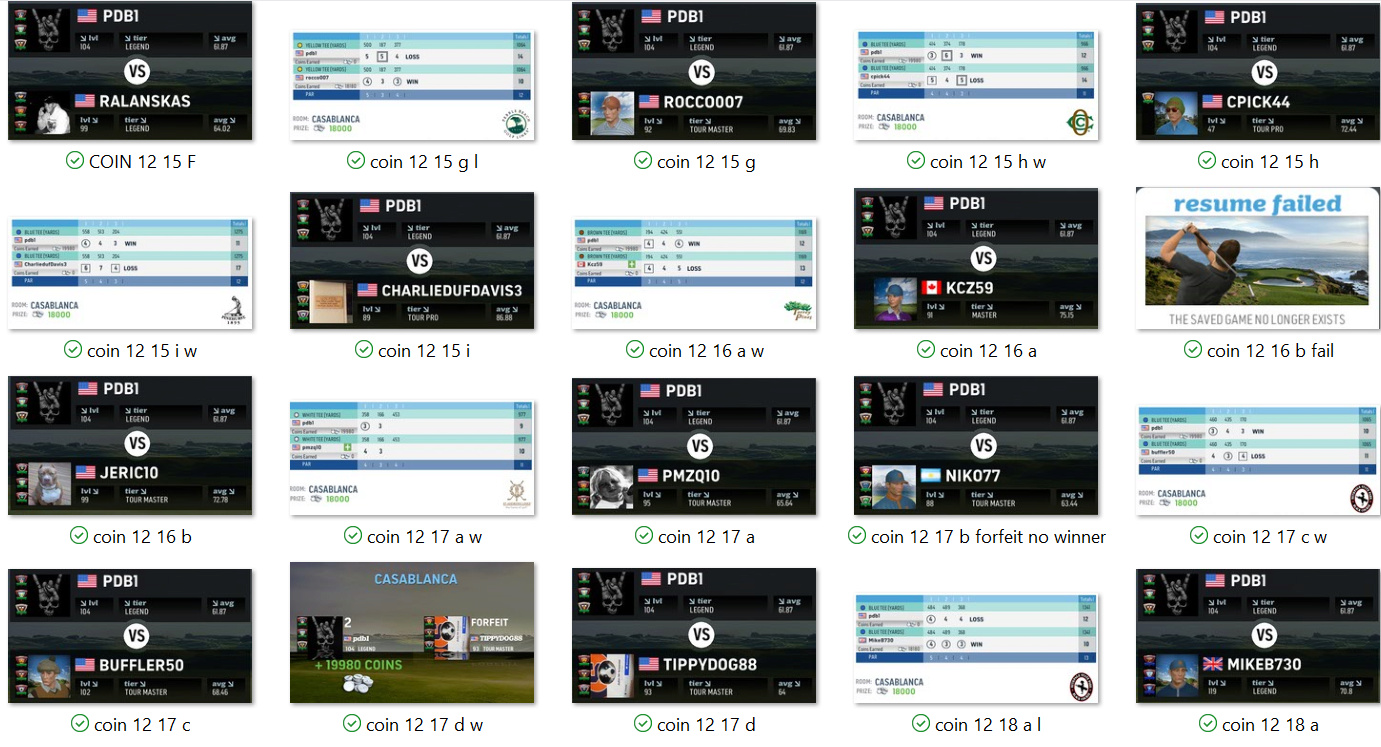 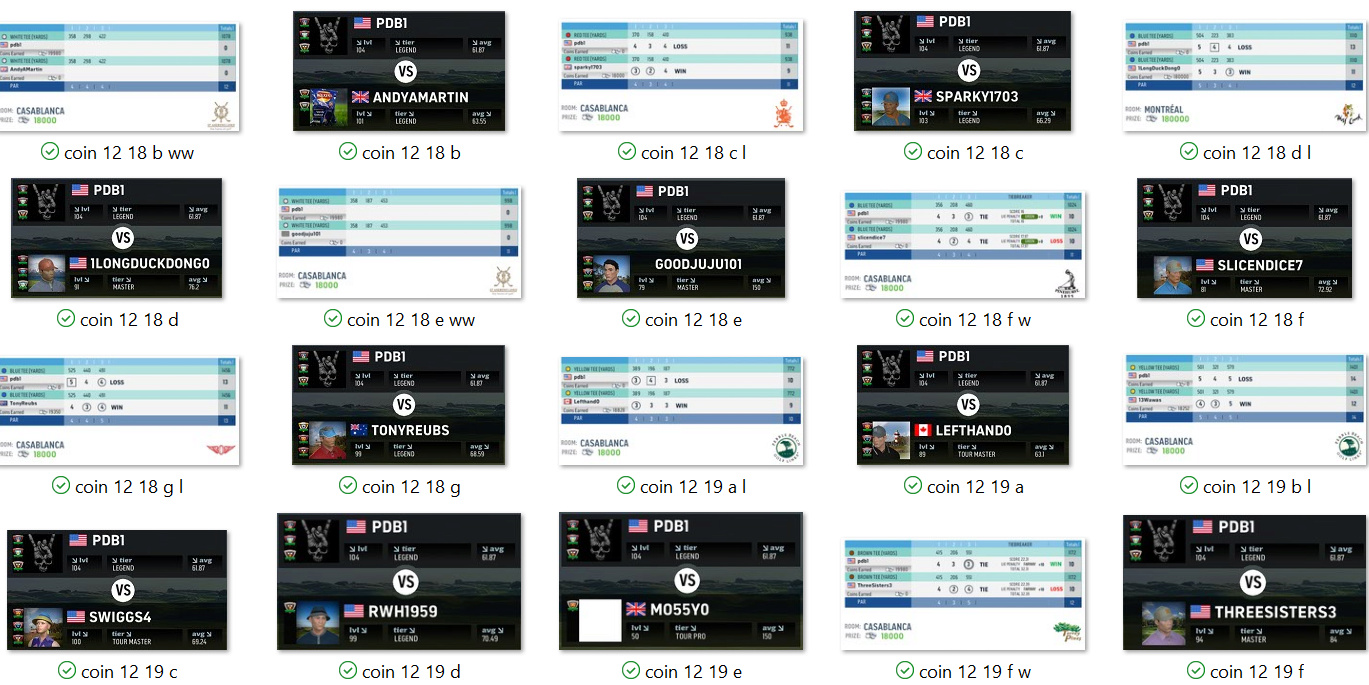 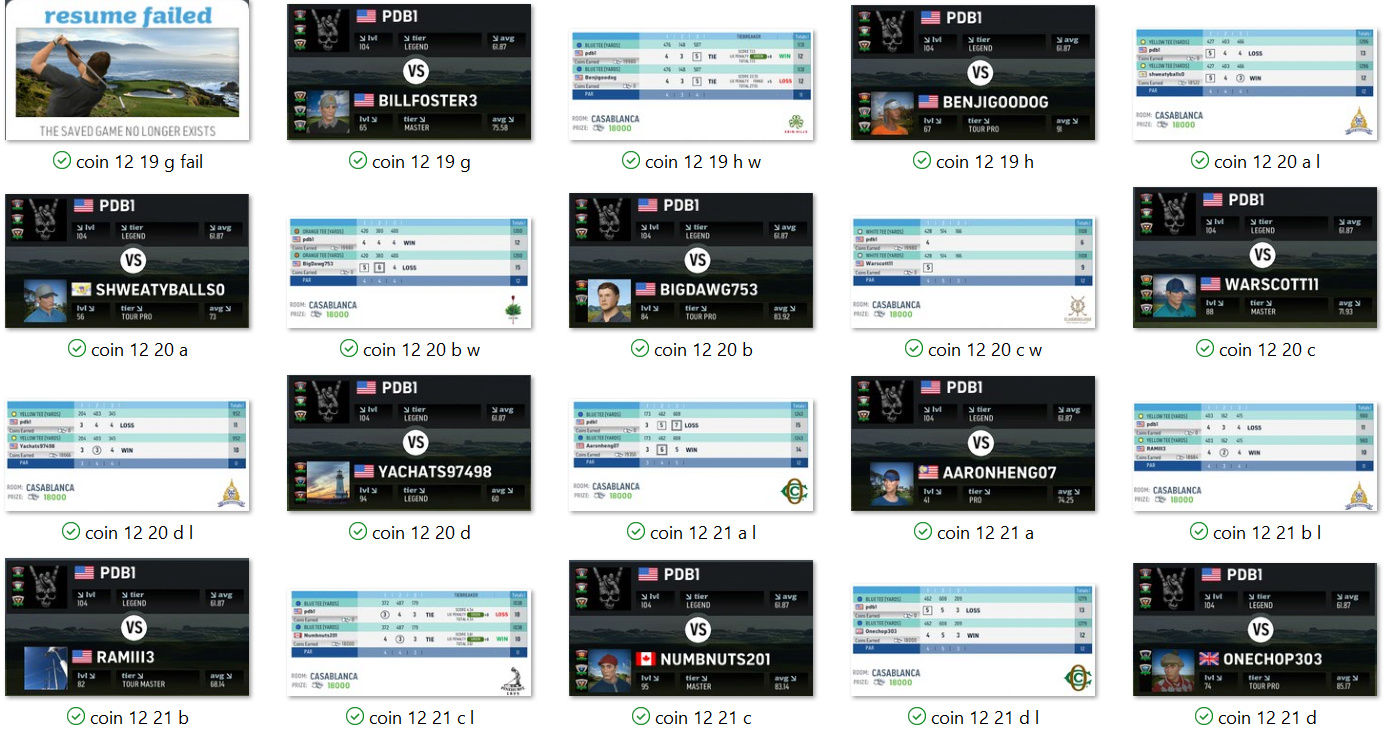 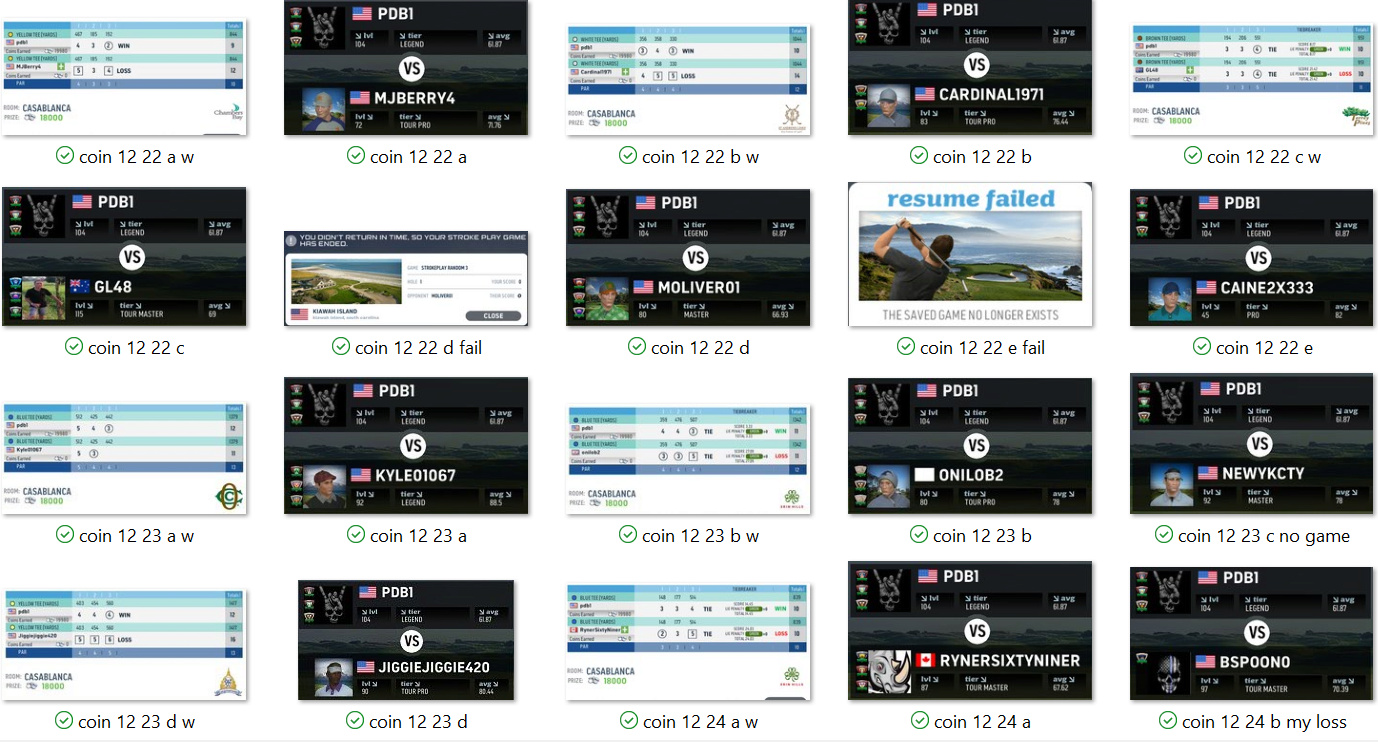 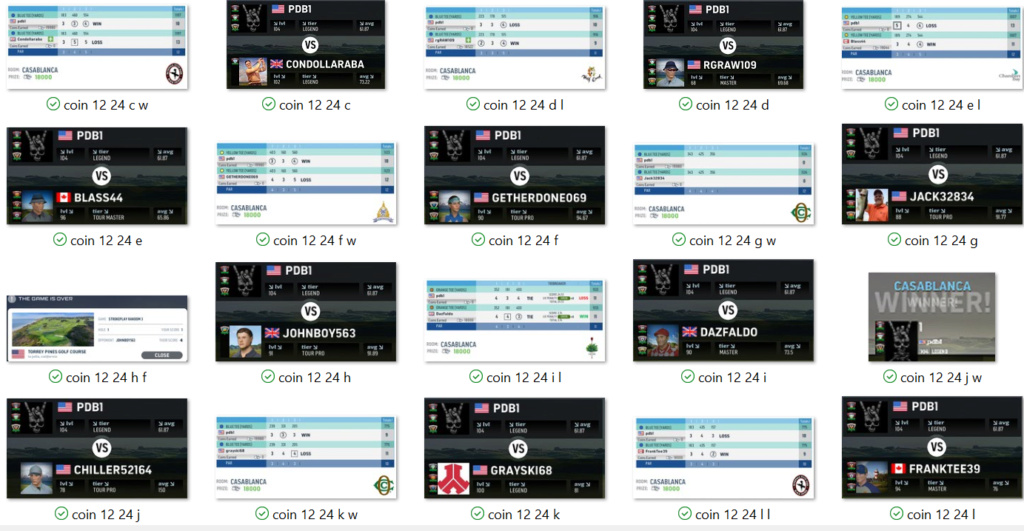 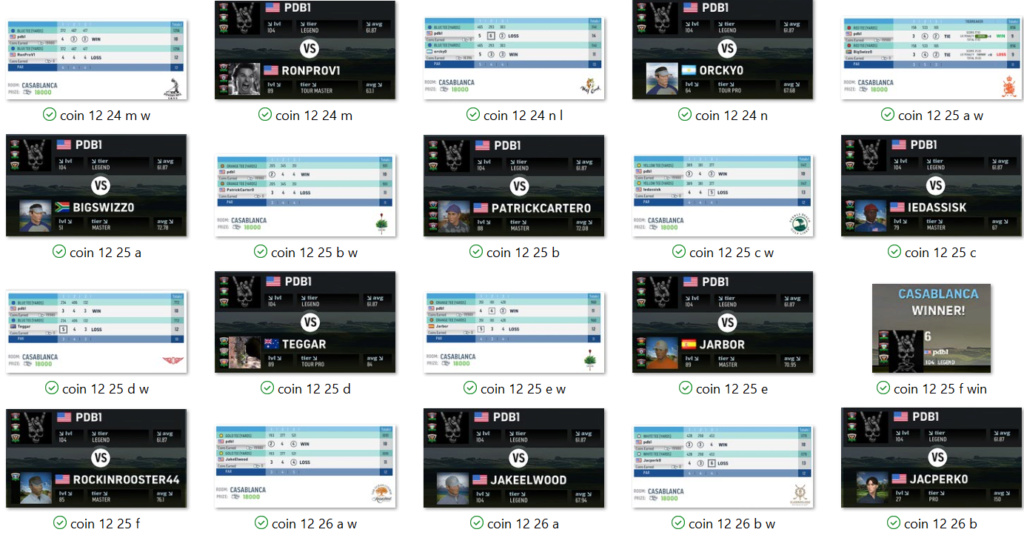 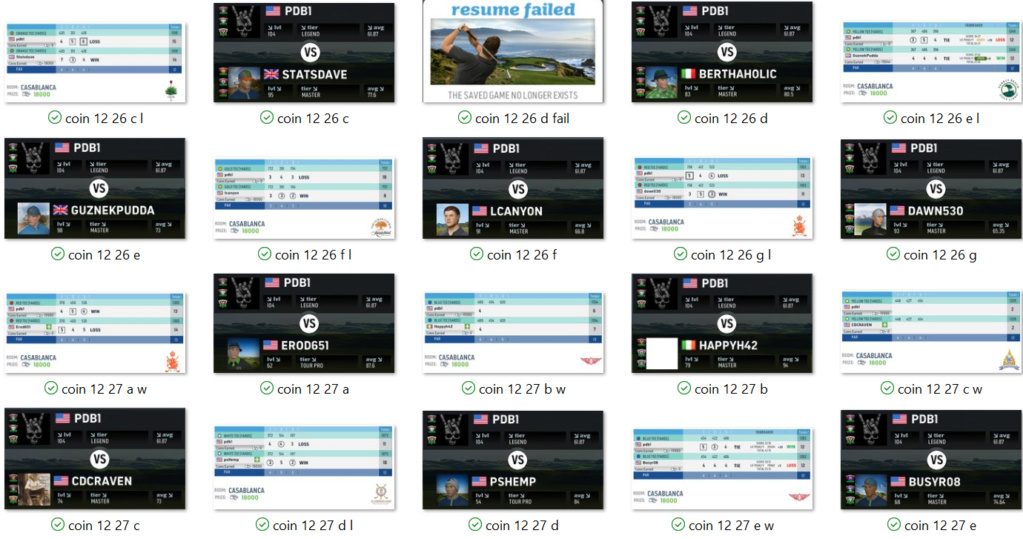 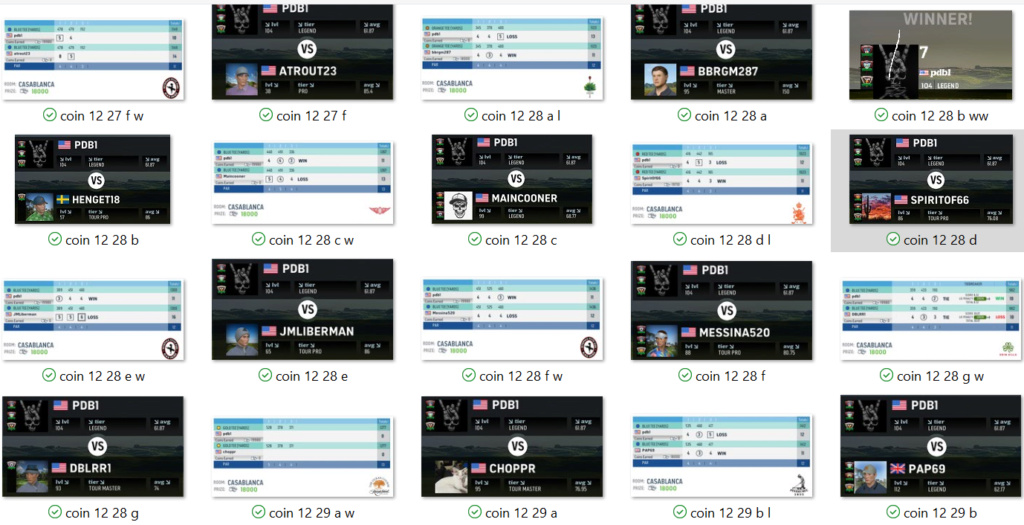 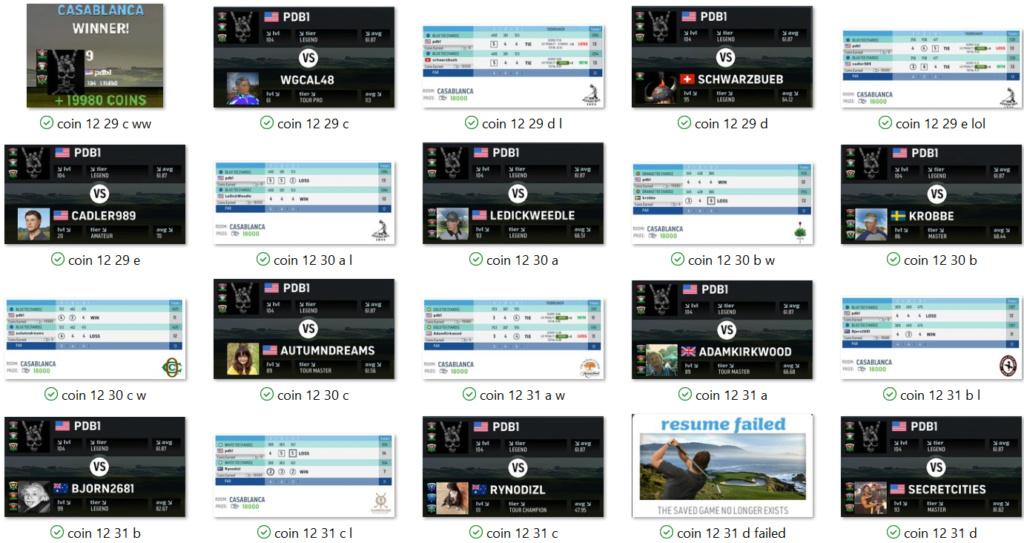 HAPPY HOLIDAYS TO ALL

These match ups and scorecards amount to over 1200 rounds . A majority being 3 hole CasaBlanca rounds . And a good handful of Montreal 3 hole rounds . In just 2021 .