IT HAPPENED AGAIN , no one knows jack shit or why , It's kinds funny

IT HAPPENED AGAIN , no one knows jack shit or why , It's kinds funny 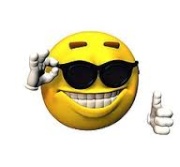 Re: IT HAPPENED AGAIN , no one knows jack shit or why , It's kinds funny

What I mean by it happened again

Turns out embedding the brackets only helps a little . The biggest problem still lies in the communication . People not knowing the procedure even though they could read it in several places , even though some had played before . There is still an awful lot of not knowing

Once again the tournament did not get to finish because 1 or more of the participants left . Left first without asking me if they were done . Left with out saying goodbye . I can't figure it out

Again we had the same issues with me typing to some one in the chat for over 5 minutes and because they are typing and telling a story . They have no clue and don't see a fucking word I say . Then while i am typing HEY HEY HEY YOU YOU YOU . They type . Ok guys see ya later . Bye Paul . And bam they are gone . And again the other guys in the chat say LOL , LMAO , LMMFAO , HAHAHA

Page 1 of 1
Permissions in this forum:
You cannot reply to topics in this forum
Search
92 CONTENT FILLED FORUMS
GUESTS & VISITORS . THERE ARE 92 FORUMS ON THIS MAIN PAGE . PLEASE SCROLL DOWN AND SEE IF ANYTHING INTERESTS YOU . MAYBE NOT . MAYBE SO . THANK YOU FOR STOPPING BY .
POST BLITZ SCORES HERE
CLICK HERE FOR A QUICK LINK TO 2018 BLITZ SCORES
Latest topics
» PDB1 's LUCKY SHOTS

MOST INTERESTING MAN IN WGT

TAKE ME TO YOUR LEADER

Will Andyson finally Qualify for a Virtual US Open? He hasn't yet! And he's tried hard every year. For 6 years! With the course set easy this could be the year. But the cut is already at 56 and some think it will end up at 55! Andy's best to date is a 59. Acting on a WGT insider tip that Andy was having a hot round we sent our cameras out to …